For the third time now, I was asked to illustrate the Promo Visual of the Swatch Rocket Air Dirtjump event in Thun, Switzerland. The guys behind the event not only create a huge dirtjump park with massive jumps in just a week, they also decided to have a unique theme each year for the park. Obviously this needed to be communicated in the Promotional material as well. For this year, the theme was «Junkyard». Of course this meant lots of cool stuff to draw!
SWATCH Rocket Air 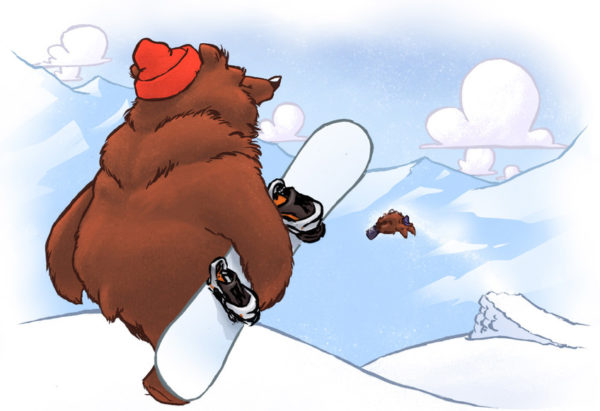 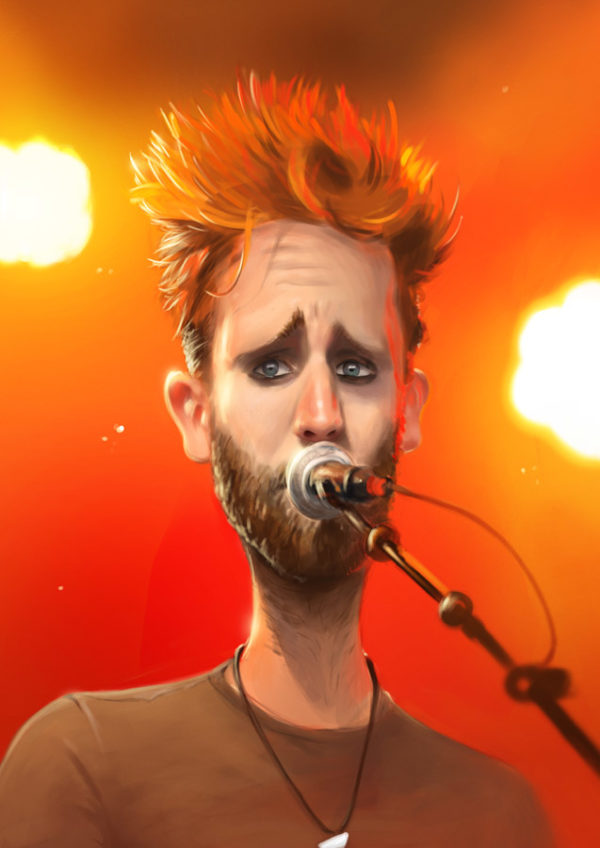 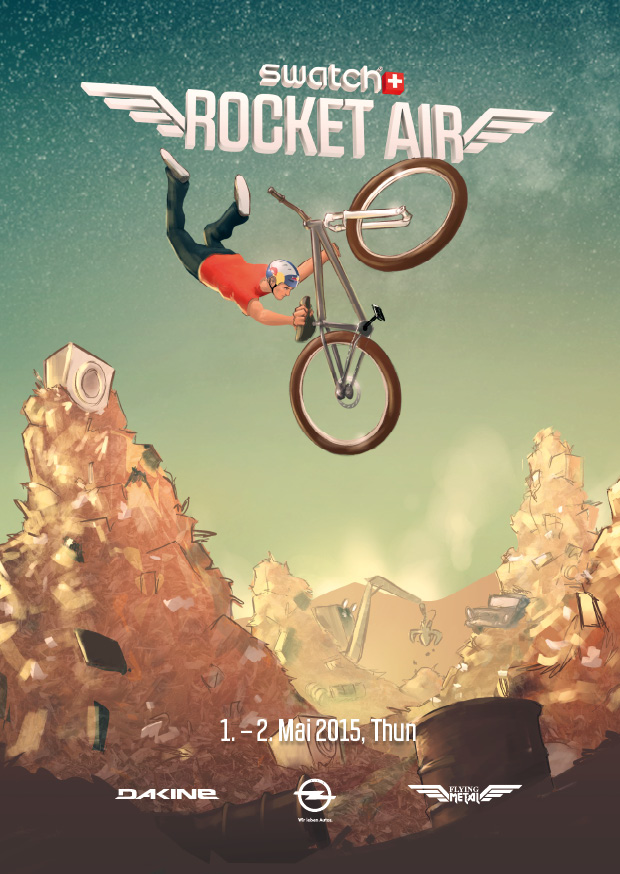 Various small thumbnails in the beginning of the process

Developing the color scheme, an important step for stuff like this.

The Rocket Air is a Dirtjump event, this means the riders hit huge jumps with mountain bikes which are particularly built for this kind of riding. For anybody else the bikes might just like mountain bikes, but the people from the scene recognize a dirtjump bike just by its proportions. And you don’t want the bike on the promotion material to look like a bmx or a downhill bike, since these are completely different action sports. So it was especially important to get the proportions right, that’s why after some studies from photographs I decided to produce a quick 3D model in my favorite 3D software, Blender3D. This way I was able to turn the model in space to figure out how the foreshortening works on the tires and frame. 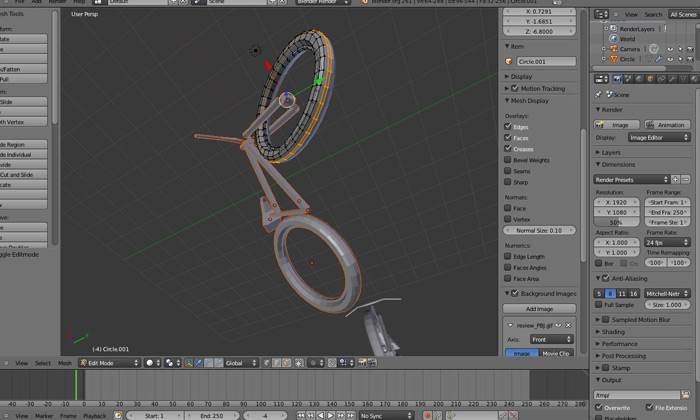 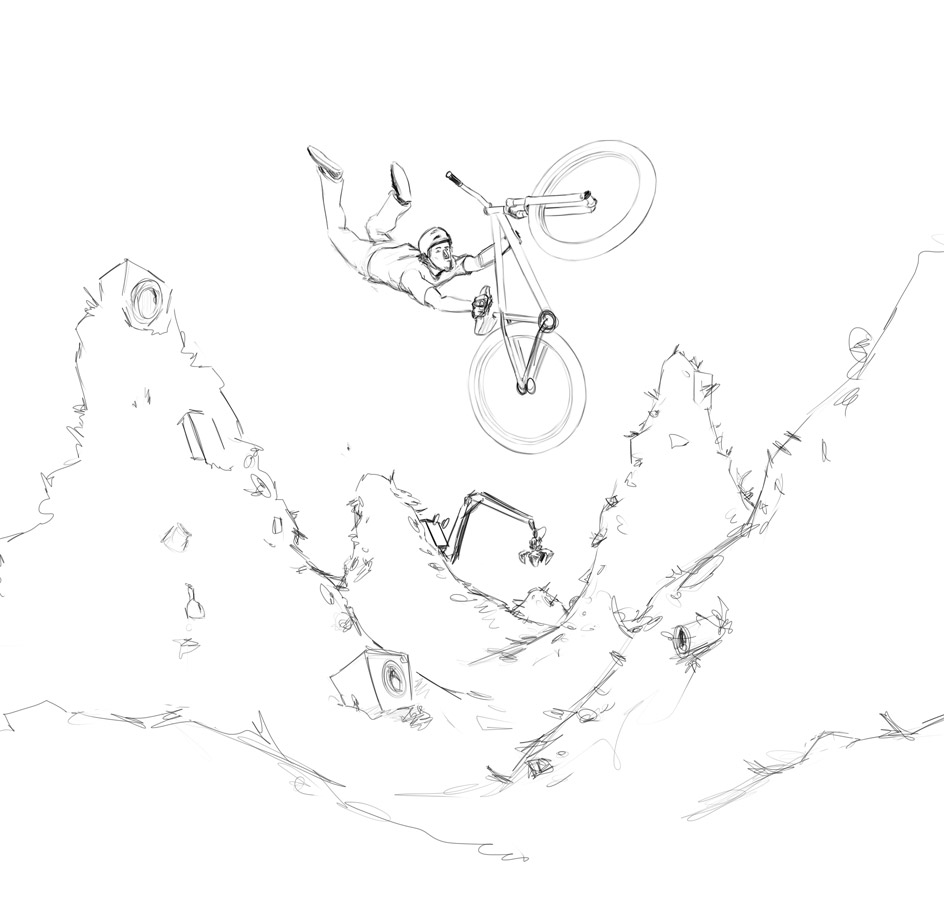 The visual is not only used in portrait formats as the flyer and the poster, but also in landscape formats such as online advertisments, PVC banners and videos. Because of this, the composition needed to be adaptable to work in landscape as well. Also it was important to keep the layers of the illustration separated so things could be scaled and moved around seperately. 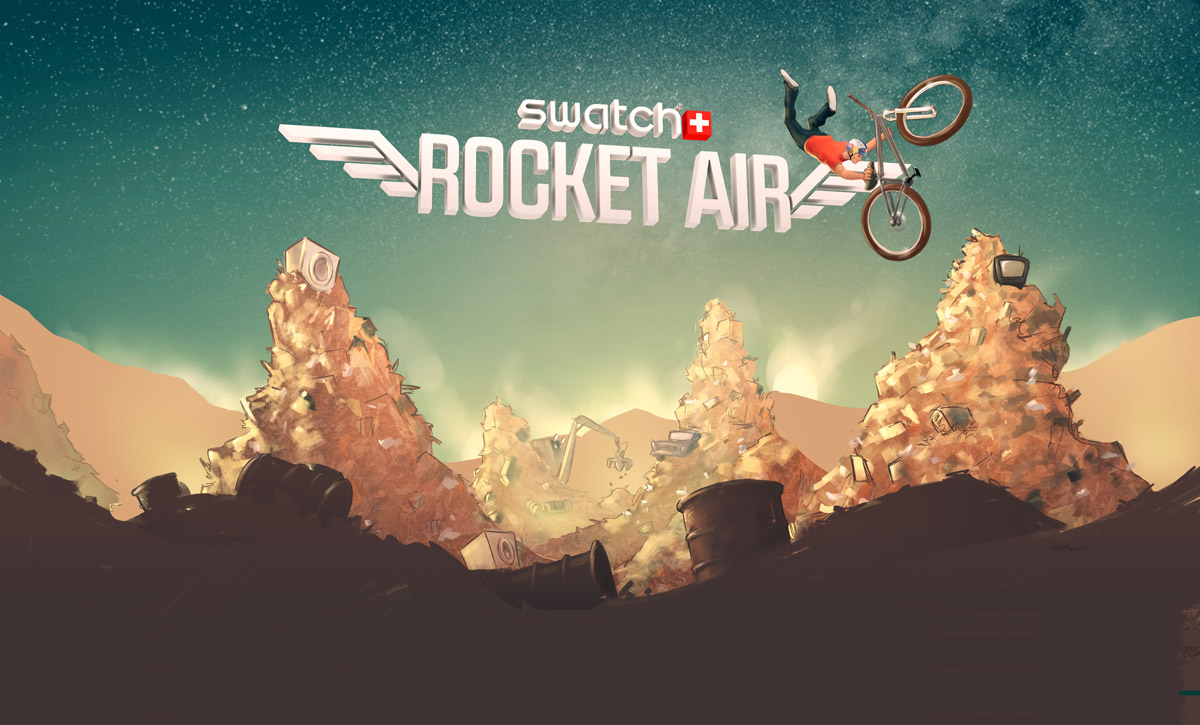 The seperated layers were also beneficial for the video production: Cinematographer Roger Wegmann made a sick intro with a subtle parallax zoom effect for all the Promo videos such as this one. 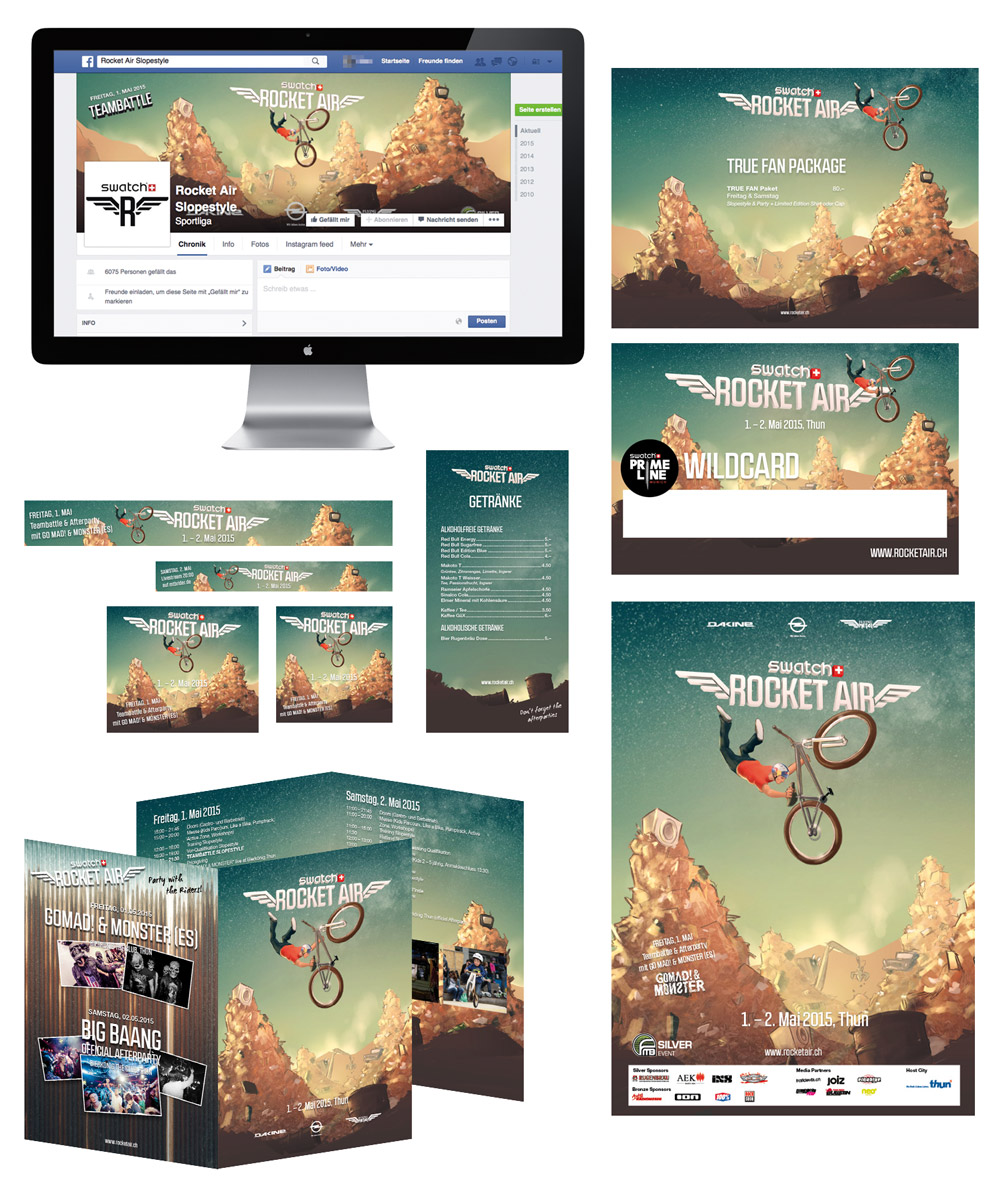 The differents Formats which the visual had to work in 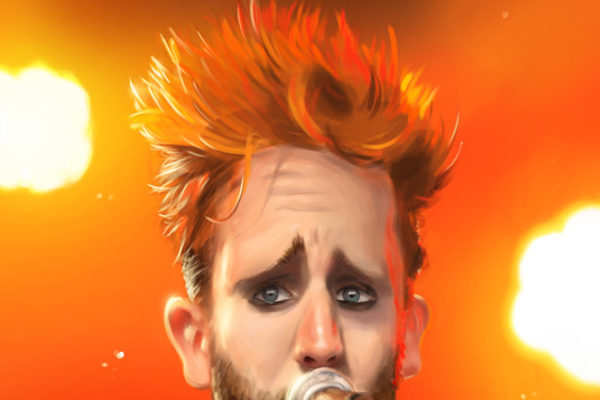 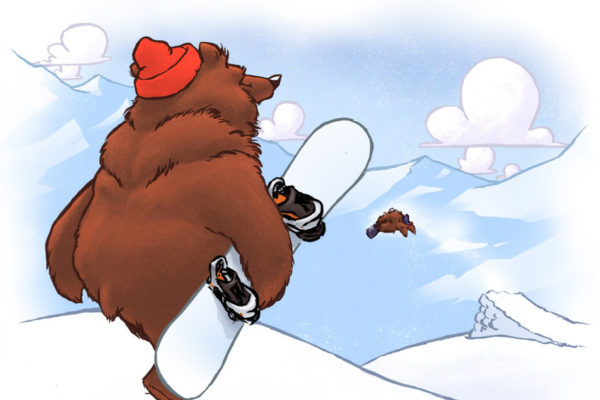