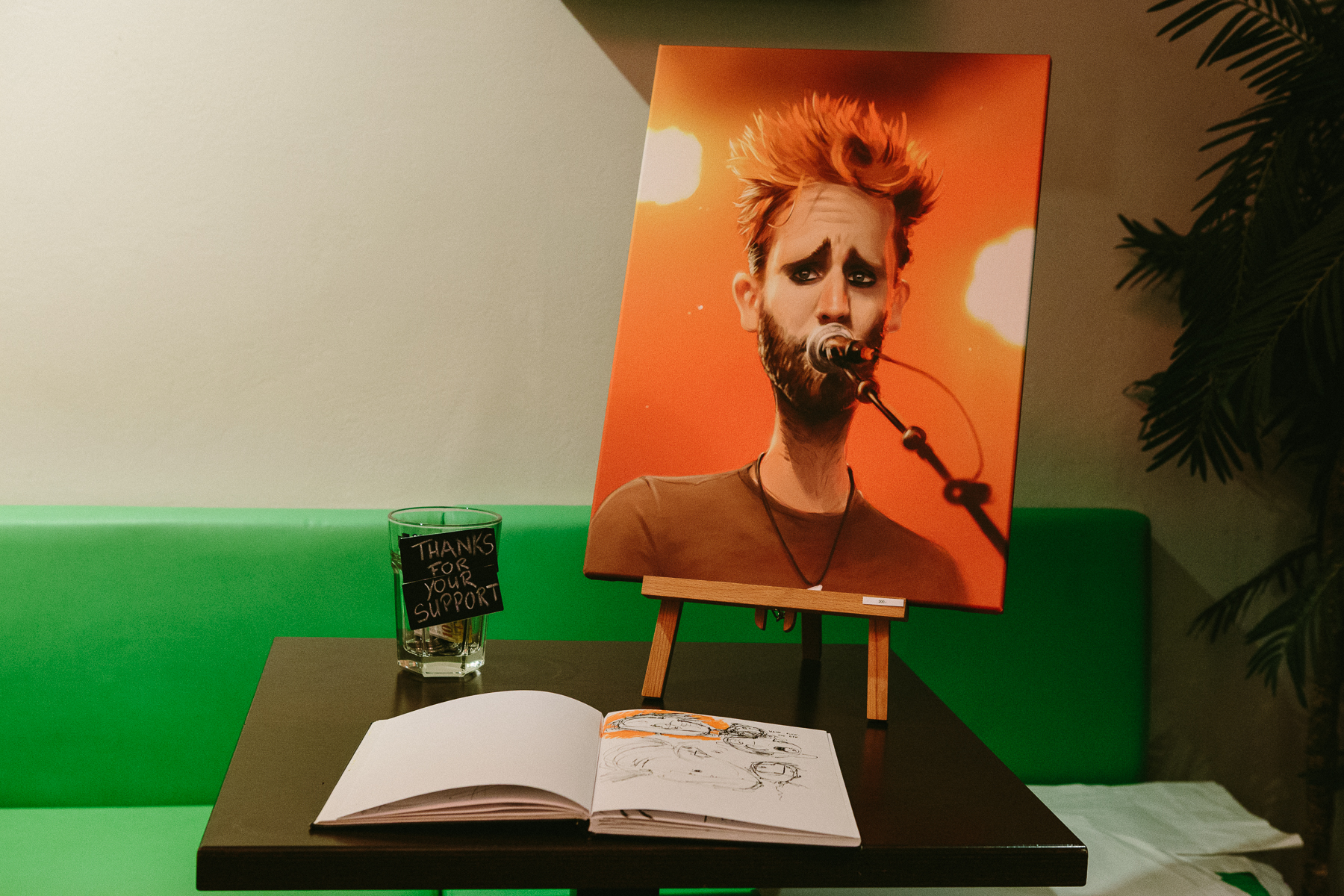 Pictures from the Magnoliart Exhibition

A couple of weeks ago, I got to do my first exhibition ever, as a part of the Magnoli-Art Series in the bar El Camino in my hometown Thun. It was a unusually hot night for a swiss summer and a lot of people showed up. Thanks to the El Camino there were was free beer and white whine along with some delicious snacks for those who appeared early. 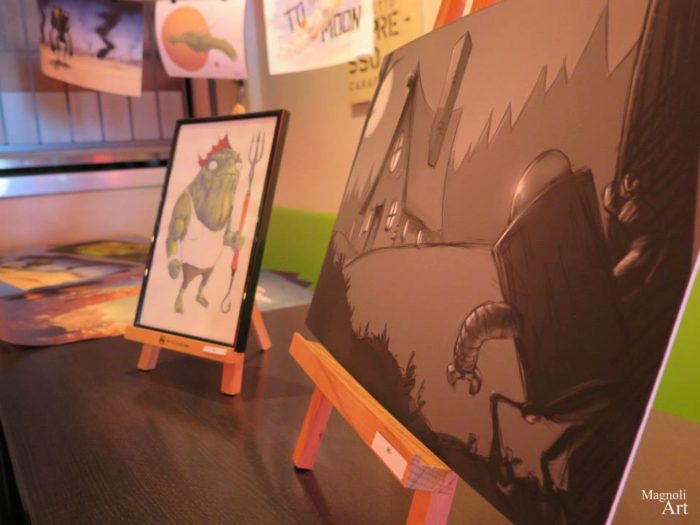 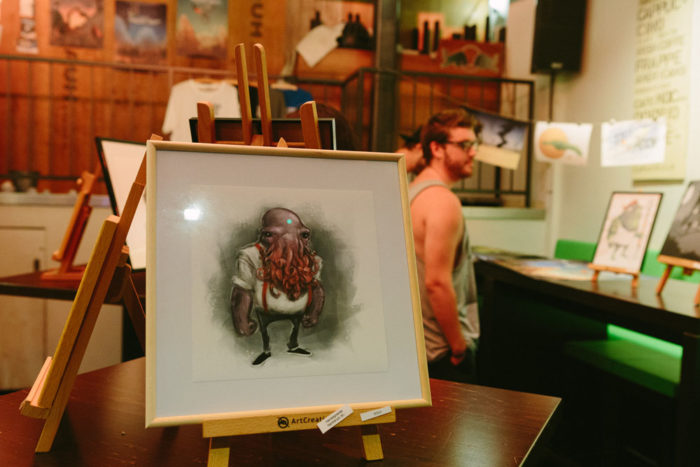 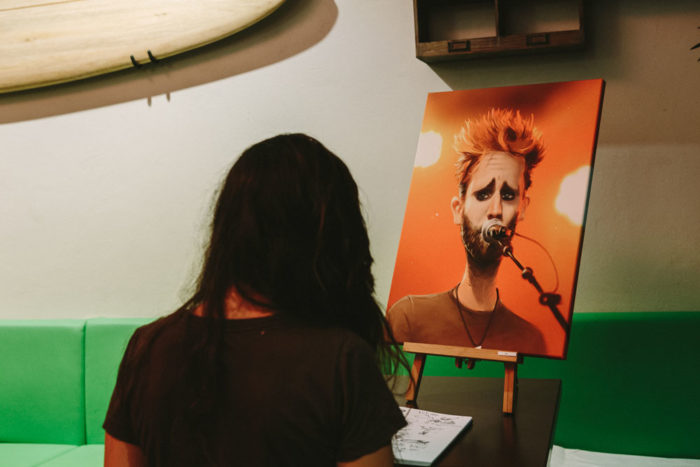 Since I work mostly digital, I mostly had prints exhibited. But there were also some watercolor originals, some of which I even got to sell. Next to the originals there were also a couple of prints and postcards sold.

There was a water leak of the building next to it the week before, so the back part of the bar was turned into a construction site in the days where the exhibition was. This meant that the space for the exhibition was one third smaller than expected. But we managed to improvise something and in the end it turned out pretty well.

Since I also have a ton of sketches, we wanted to find a way to showcase them as well. So we turned the part on op of the stairs into a smaller version of my sketching desk at home. We pasted some copied sketchbook pages on the wall and put a couple of open sketchbooks along with pens and other utensils on the desk. With the wooden panels on the wall from the construction and the half disassembled lamp in the corner it worked out really well. 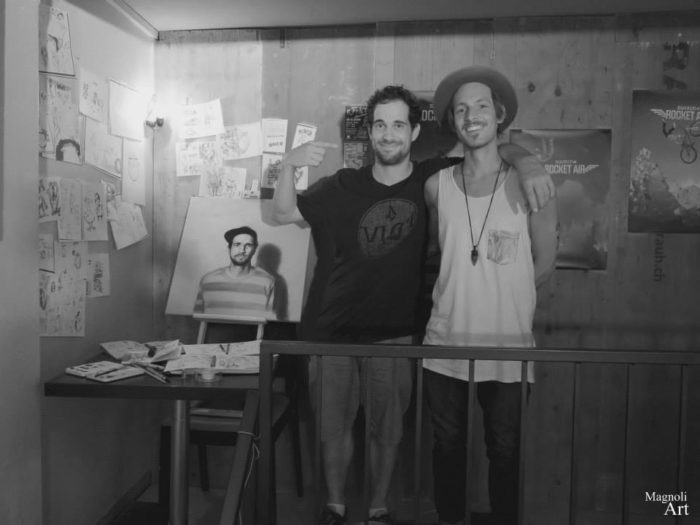 The man who made it all possible: Fabian Scheidegger who organises the Magnoli-Art events. Thank you so much bro. 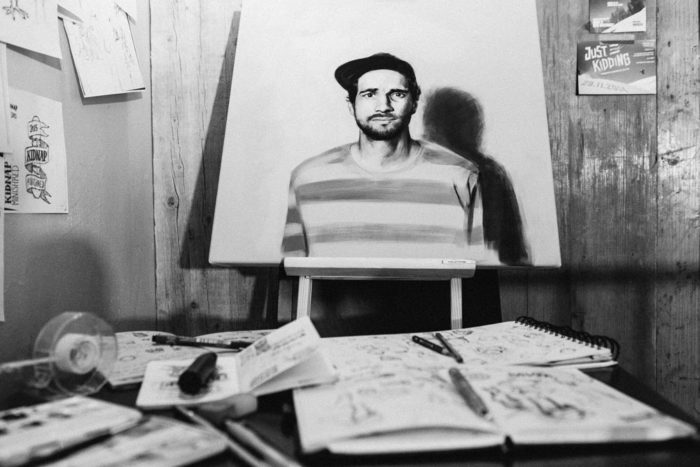 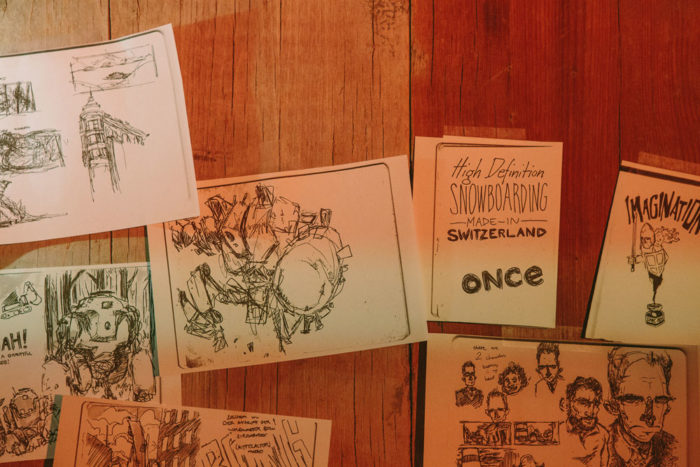 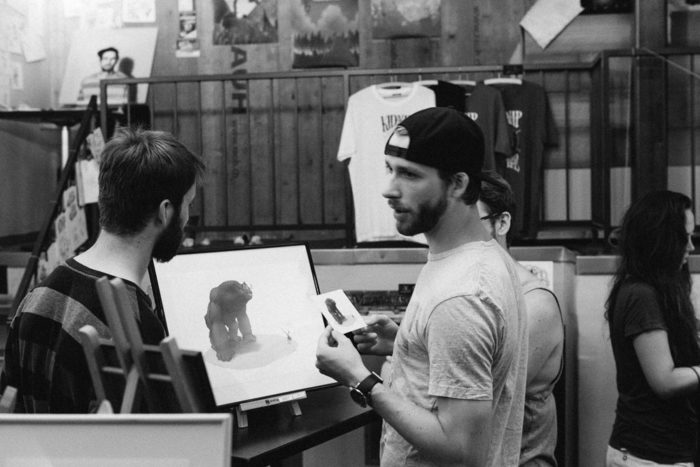 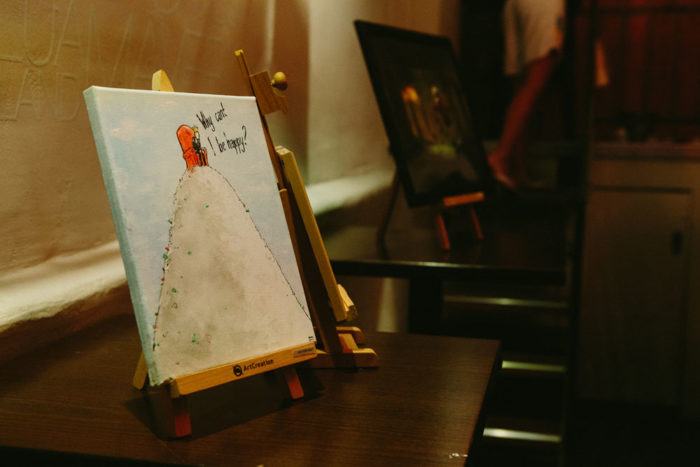 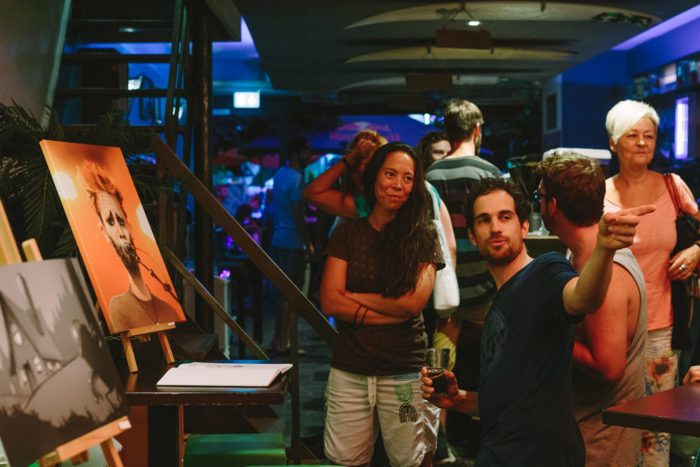 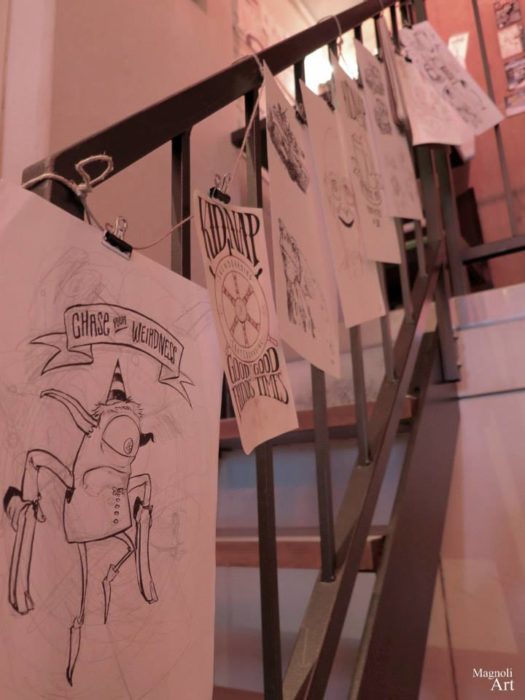 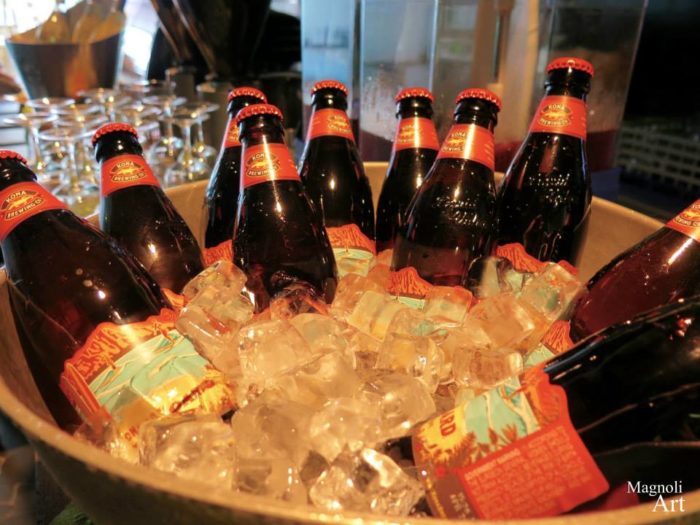 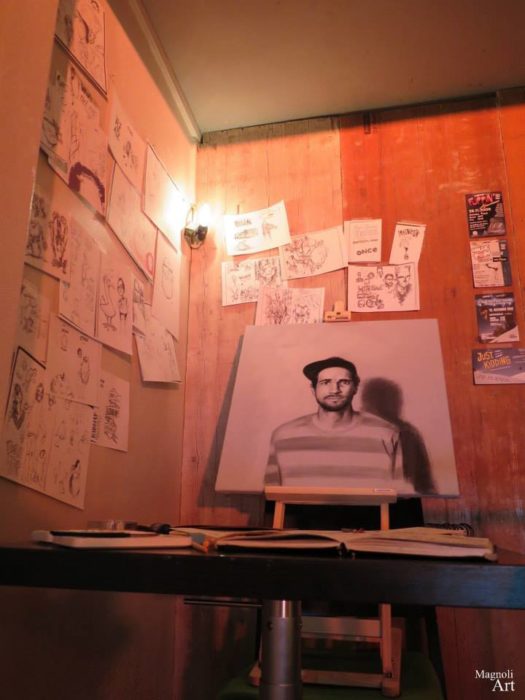 All in all it was a great experience for myself, and working on my art for the exhibition was super fun. The most important thing I learned:

It’s so much easier for me to practice and work on something if I have a goal to work towards than when I just work on stuff at random.