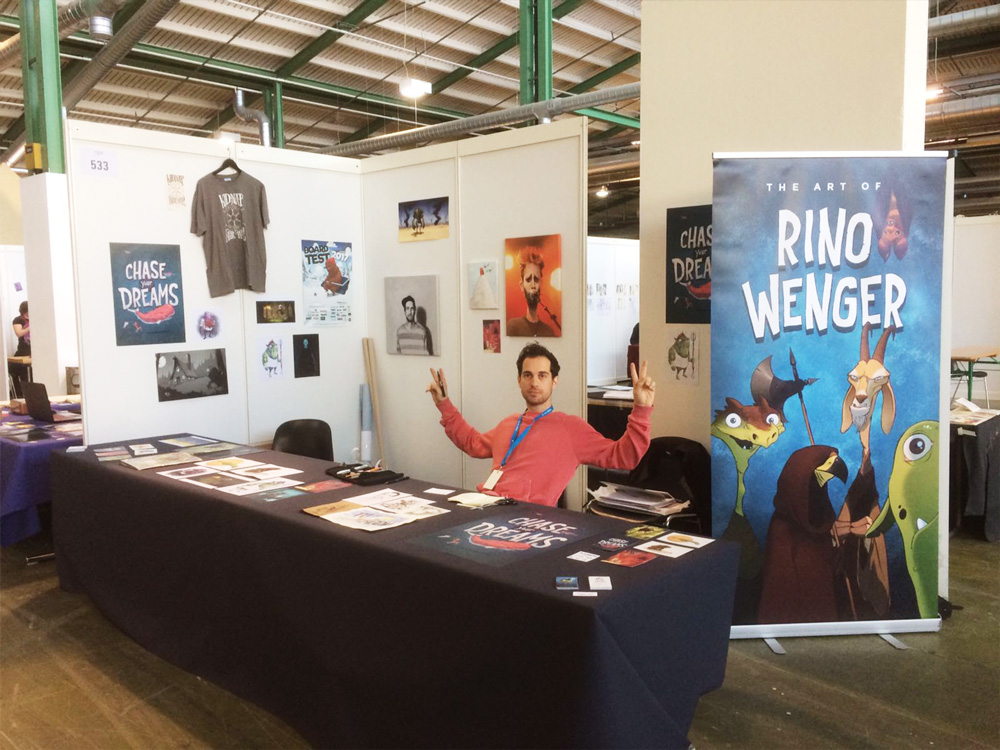 At the beginning of the month was the Fantasy Basel, where for the first time I had my own artist table at a convention. The Fantasy Basel is the swiss version of the Comic Cons happening all over the world. This means, there’s a lot of comic Fans, gamers, Cosplayers and generally nerds of all kinds meeting in one place for a weekend. Next to boothes from big Companies from the Game industry, there were lots of booths dedicated to Cosplay and Costumes in general. You could even buy proper Bows or Swords. There was also a Steampunk Café, different Star Wars Sets recreated entirely with Lego and generally a ton of pretty impressive Costumes. And next to all of this there was, of course, the ‘Artist Alley’, where Artists can set up a booth to exhibit their work during the convention. 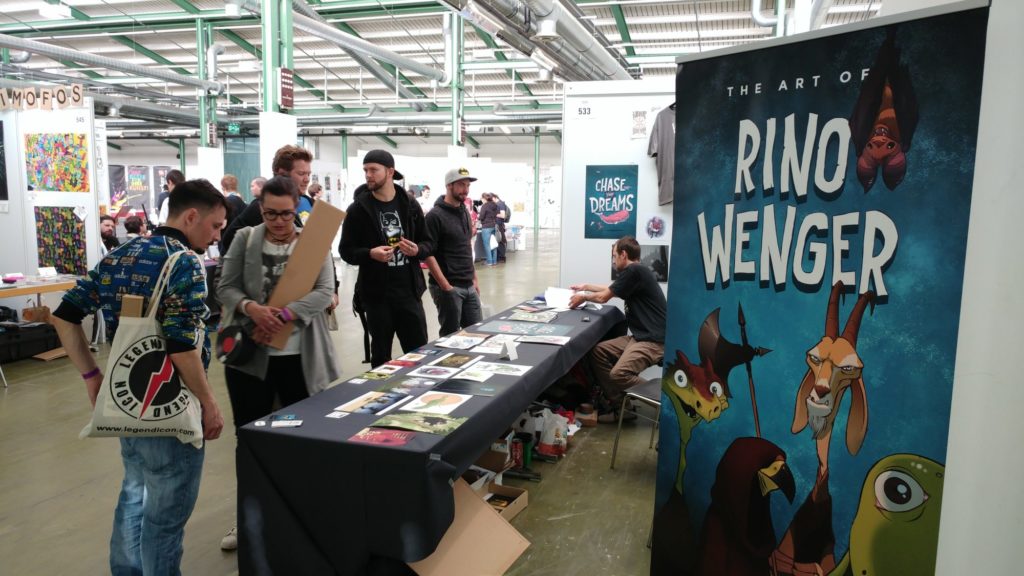 After going full freelance beginning of this year, Fantasy Basel was a big goal to work towards. I did not know what to expect, especially since I heard they were expecting over 50’000 people over those thee days.

I invested in some prints, decoration for the booth and created new artwork to show and sell. Next to original art, I had prints in A5 and A4, Postcards and a Poster for sale. Every day we had a small giveaway for all the people who registered themselves for my new newsletter. I also designed a big rollup, which is 100 by 200 cm, (or roughly 40 by 80 inch, if you’re more into the imperial system). It was pretty exciting to finally see it live. The rollup was printed by printzessin.ch, which I really recommend. 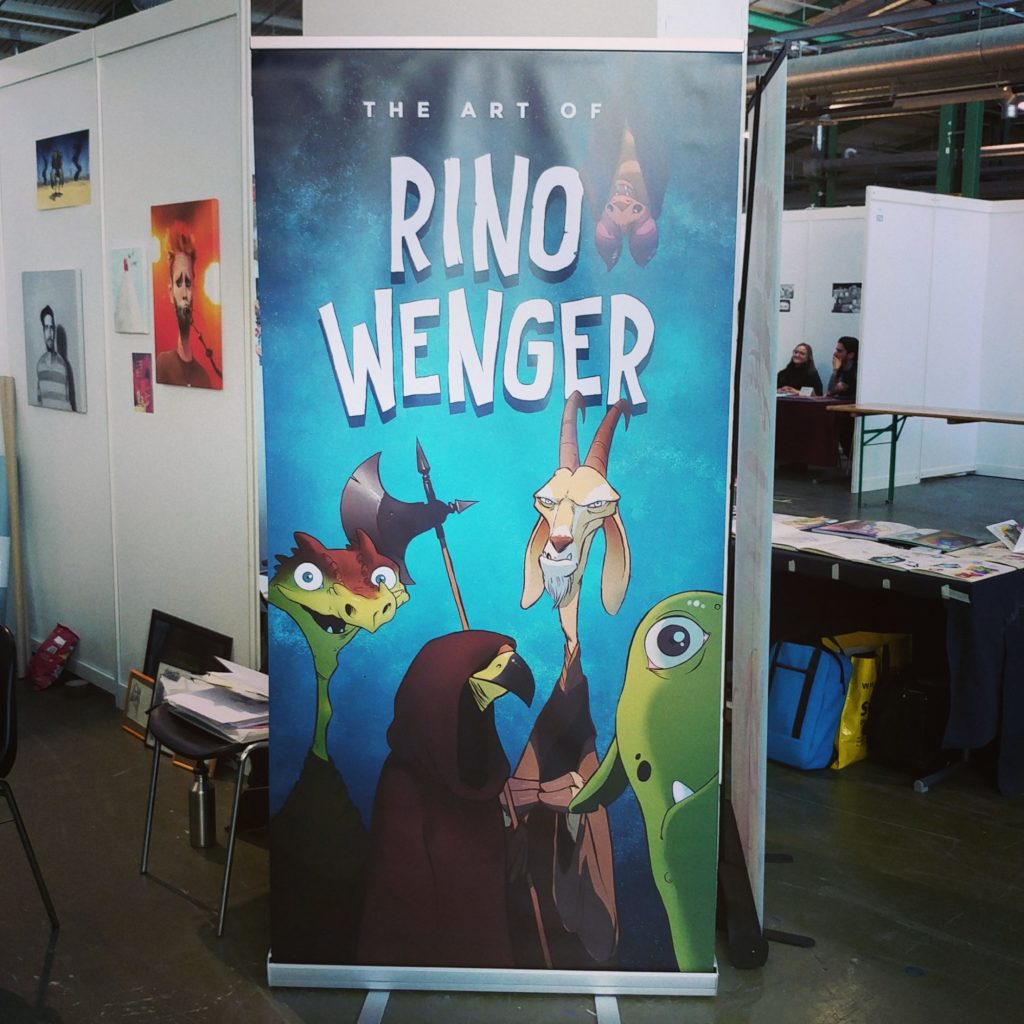 I had two friends, Räffu and Simu, helping me out at the booth. This was not only helpful in busier times of the day, but also a lot more fun. In general I met a lot of interesting people at Fantasy Basel, and to me that’s really what conventions like these are about: Connecting with people and getting inspired by them. It was a great experience and I can only recommend to go and get a booth yourself, it’s a great opportunity to get your art in front of a lot of eyeballs and grow as an artist.

I wanted to ask if you could sell enough worth your expenses?
Also besides the number of cash, what sold best of products?

Thanks for replying, you can also check me out on instagram @teufelsbiss